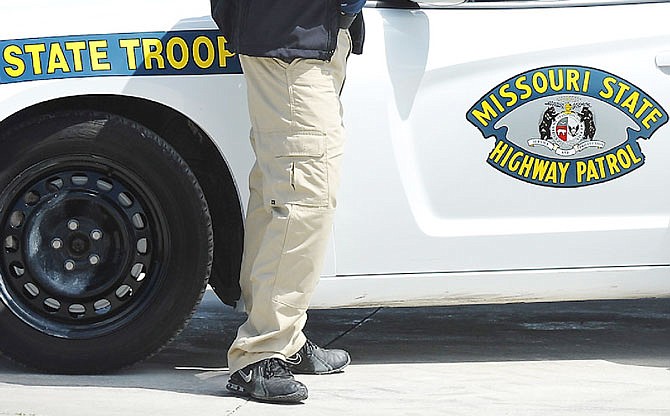 A Hermann man died and five of his family members were injured in a crash on I-70 Sunday, according to the Missouri Highway Patrol.

Rebecca Schales, 24, of Hermann, was driving her family's 2008 Buick Enclave at 3:43 p.m. west on I-70 near mile marker 140.6. According to the Highway Patrol's Troop F, the Enclave was in the passing lane when a 2010 Chevrolet Impala driven by Denver, Colorado, resident Felice Price attempted to pass it in the driving lane.

The Impala changed lanes and struck the Schales' vehicle, which then over-corrected, spun and drove off the left side of the road. When the Enclave struck the median cable, Jared Schales - Rebecca Schales' husband - was ejected from the vehicle. Jared Schales, 40, was pronounced dead at the scene by Stacey Huck, of the Callaway County Medical Examiner's Office. His death marks Troop F's fourth vehicular fatality for August and 50th in 2020.

His next-of-kin have been notified, the Highway Patrol crash report added.

The vehicle's other five occupants, including Rebecca and four juvenile children ages 1, 4, 9 and 13, were all wearing seatbelts. All suffered only minor injuries, except the 9-year-old boy, who had moderate injuries. The five were taken by ambulance to University Hospital in Columbia. The Enclave was totaled.

Price, 44, was uninjured; her Impala was driven from the scene.

In a separate accident Sunday evening, Christina and Ronald Hoffmeister, both of Camdenton, were riding a 2017 Harley Davidson on Missouri 94, near County Road 459. A deer ran in front of the motorcycle at 8:30 p.m., and Ronald, 54, swerved to avoid it. The motorcycle turned on its front side, ejecting Ronald and Christina, 51. Both were wearing safety devices. Ronald had minor injuries and Christina suffered serious injuries; the two were taken by ambulance to University Hospital.

The motorcycle, which slid across the road before coming to a halt, was totaled.