Anatomy of a hospital billing scheme 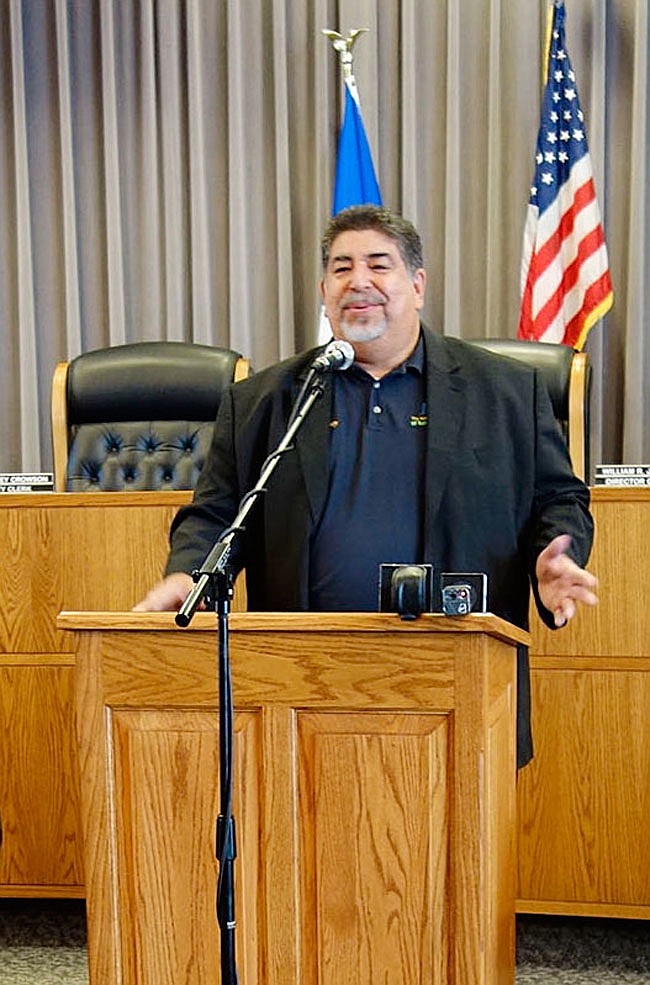 In September 2017, Miami, Florida businessman Jorge Perez introduced himself as the new owner of the Fulton Medical Center under the auspices of two companies, National Alliance of Rural Hospitals and Empower HMS, also known as Rural Community Hospitals of America. He never did finalize the purchase, and has now been the subject of multiple investigations. He is no longer associated with the Fulton hospital.

Oswego Community Hospital shut its doors Feb. 14, leaving its 65 employees without a job and a community of 1,700 without an emergency room.

That same day, two more rural hospitals went down - one in Sweet Springs (Missouri) and another in Plymouth, North Carolina.

The Fulton Medical Center, also affected, managed to survive after CEO Mike Reece took charge of the 37-bed facility (see Feb. 6 Fulton Sun article: bit.ly/2HNfG6S). The hospital continues to be owned by NueHealth/NueTerra, of Leawood, Kansas, but Reece has stated his intentions to purchase it.

NueTerra's ownership of the Fulton Medical Center never did cease, although Miami businessman Jorge Perez and representatives for his company EmpowerHMS stated numerous times they had bought the facility. As previously reported by the Fulton Sun, Empower had a management agreement with NueTerra to manage the Fulton hospital, which expired along with the unfulfilled agreement to purchase.

In early May, Reece told the Fulton Sun he was working on getting a USDA-backed loan to purchase the hospital, and he also wants to sell shares in that ownership to employees and residents of Callaway County.

"We're trying to set up a structure that will last 100 years," he added. "We have to do the right thing to win back patients and doctors."

By the end of March, a dozen rural hospitals in six states had folded or were seized by court- appointed receivers.

All of them were part of the HMC Hospitals chain, cobbled together during the run-up to the Great Recession, and all of them were done in by a Miami businessman accused of orchestrating billing fraud scams.

Jorge Perez, former manager of the Fulton Memorial Hospital, had promised to increase revenues and profits for the chain by ramping up billing for urine and blood testing.

It was a strategy Perez and his associates deployed at a half dozen hospitals from California to Georgia since 2015. But at least four lawsuits filed by major health insurers - two of them resulting in confidential settlements - and a report issued by the Missouri State Auditor in 2017, call that strategy suspect at best.

Instead of just charging insurance companies for urine samples tested at hospitals in the chain, they billed for thousands of samples processed by outside labs located all over the country, while claiming that all work was conducted locally.

In the end, Oswego and the other 11 hospitals in the chain succumbed to a financial crisis that has plagued rural America for decades.

Ever since the advent of managed care more than 30 years ago, rural hospitals have battled to break even in communities beset by declining and aging populations, reduced job opportunities, sagging wages, rising poverty and the lack of health insurance.

Politicians have tried to make things easier by passing laws, and wave after wave of investors have taken a crack at shifting their downward trajectory. But so far, success has been limited, and rural hospitals like Oswego have staggered from calamity to catastrophe.

"Rural hospitals have long faced challenges of declining populations, poor payer mix, higher numbers of un- and under-insured, and older, poorer and sicker patients," said George Pink, a health policy and management professor at the University of North Carolina in Chapel Hill. "In the past decade, the cumulative pressure of these long-term challenges and access to capital, provider shortages, the cost of new technology, and an industry trend of consolidation has placed an increasing number of rural hospitals at high risk of financial distress and closure."

The chain of 12 hospitals Perez came to manage was stitched together during the real estate and banking boom of the mid-2000s.

A group of optimistic health care consultants believed they could turn around struggling rural hospitals by taking out government subsidized loans and borrowing from banks to build newer more efficient facilities.

Between 2007-10, the group purchased at least 14 hospitals in seven states for little or no money and trotted out plans for at least four new facilities.

But the Great Recession got in the way. Financial promises fell through. Construction plans were put on hold, and the chain was forced to file for bankruptcy protection in 2011.

The hospitals reemerged in 2013 under the direction for Paul Nusbaum, the former secretary of health and human resources for West Virginia. But by 2015, they were hemorrhaging again.

Desperate to keep the chain alive, Nusbaum struck a deal with Perez that involved deploying his laboratory billing strategy.

Financial reports filed with the Center for Medicare & Medicaid Services show only four hospitals in the chain saw a bump in laboratory billings after Perez took over.

At Washington County Hospital in North Carolina, for example, billings leapt from just under $11 million in 2016 to nearly $32 million the following year.

But when health insurers started filing lawsuits accusing Perez of committing fraud at hospitals outside of the chain, hospitals inside the chain suffered the consequences.

That's when Missouri State Auditor Nicole Galloway came out with a report chronicling the billing scheme that Perez and then partner David L. Byrns allegedly implemented a year earlier at Putnam County Memorial Hospital - a 14-bed facility in Unionville - population 1,790.

More than $92 million in lab payments flooded into Putnam Memorial - far exceeding its total revenues of $7.5 million the year before. And more than 80 percent of the money flowed right back out to the bank accounts of Byrns, Perez and their associates at physician practices and medical labs across the country.

Perez has insisted in court documents and in a statement to the press that his billing strategy was "authorized by law" and that the state auditor's report "was a gross mischaracterization" of a standard practice.

As if the Missouri State Auditor's assessment wasn't damaging enough, reports began circulating that this was not the first time Perez had orchestrated a billing fraud scheme.

A company he was associated with - People's Choice Hospital - did the same thing at the Campbellton-Graceville Hospital in North Florida a year earlier, according to an adversarial proceeding filed by federal bankruptcy trustee.

As a result, income from outside activities rocketed to $37.4 million in 2016 from just $1.3 million the year before.

After complaints from a whistleblower, Campbellton-Graceville's board of directors obtained an injunction to remove Perez as chief executive.

Perez and his associates denied any wrongdoing.

Between March and July of last year, dozens of major insurance companies and health plans joined in lawsuits against Perez and his associates, accusing them of overbilling by hundreds of millions of dollars.

"To maximize their profits, defendants leveraged a nationwide network of healthcare providers and laboratories, who provided patients' specimens because the pass-through scheme made the testing immensely profitable," one of the lawsuits filed in Georgia states. "Had the claims been billed directly by the labs, many would not have been paid and those that were would have been paid at substantially lower rates."

That lawsuit was settled in April. The terms were not disclosed.

Once insurance companies lost confidence in Perez and his associates, the game was over.

Hospitals began folding one after the next, leaving nurses and other medical staff without pay or health insurance and local residents anxious about where they would go when the next emergency struck.

"I just feel like it's a sad deal for everybody," said Dusty Jones, who formerly worked as billing specialist and admissions clerk at Oswego Community Hospital. "I mean the employees trying their best to make sure the patients have the best healthcare and the patients that are without a primary care provider anymore, you know, felt like they were just stuck and not having any other place to go."

Jonathan Riley and Michael Braga are reporters for the Columbia Tribune and granted the Fulton Sun permission to use their stories in this matter. The Fulton Sun also provided reporting.

See Part Two on Wednesday in The Fulton Sun.