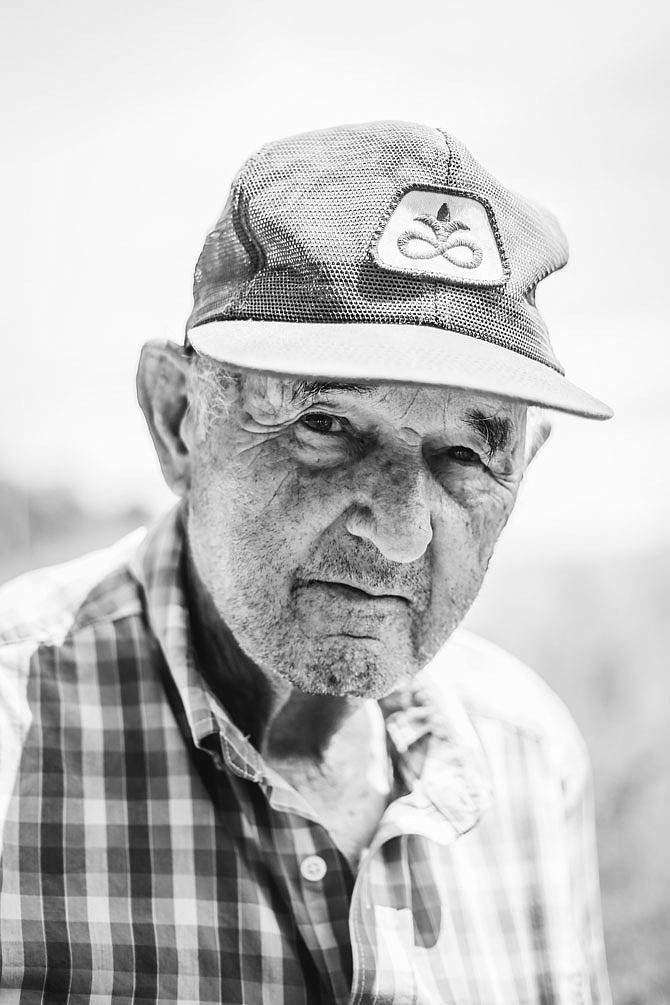 This prize-winning shot by Gabrielle Deimeke, who grew up in Auxvasse, depicts family friend and farmer Harold Logsdon. It was among the winners of the 2019 Focus on Missouri Agriculture Photo Contest.

JEFFERSON CITY - An Auxvasse photographer was among the winners of the 2019 Focus on Missouri Agriculture Photo Contest, hosted by the Missouri Department of Agriculture.

Gabrielle Deimeke's photograph "Years of Experience" took home the People's Choice and Faces of the Farm category awards. The snap, showing the weathered face of an older farmer in gritty black and white, is part of a whole series of photos she's taken depicting farm life. See them here: gabydeimekephoto.com/farmlife.

"The man is called Harold Logsdon. He's a generation farmer," Deimeke explained. "He farms, his son farms, his whole family are farmers. He's farmed for over 60 years (near the Illinois border)."

Deimeke grew up in Auxvasse but now lives in New York City. A lifelong photography enthusiast, her usual subjects these days are food and fashion.

"Last year, I started a project on farmers in Mid-Missouri with my mom," she said. "I wanted to do something that would go back to my roots."

Her mother sells crop insurance and helped her connect with many potential subjects, including Logsdon, a family friend. Deimeke said she plans on returning to document the farms through the seasons for the next few years.

"Harold hated having his photo taken and wouldn't let his family do it, but he let me take that photo and another of him with his tractor," Deimeke said. "The week the photo got chosen, he went to the hospital and passed away. Those photos have become treasures to his family."

Her mother suggested she enter the photography contest, Deimeke added. Her shot was chosen from more than 1,200 photos submitted by amateur photographers from across Missouri. A colorful landscape photograph submitted by Wanda Moore, of Cabool, took home Best in Show.

"The beauty and diversity of Missouri agriculture has been perfectly captured by this year's talented photographers," Director of Agriculture Chris Chinn said. "These images capture the hard work and dedication across many generations of farmers and ranchers throughout the state."

Photos submitted by individuals 13 and older were placed into five categories: Beauty of the Farm, Faces of the Farm, Farm Selfie, the Farmer's Life and Pride of the Farm. Photographers age 12 and younger entered their shots in the Children's Barnyard category. In total, 25 winners were selected by a panel of judges consisting of Heather Feeler, Missouri Department of Conservation; Madeline Berwanger, Missouri Department of Agriculture; and Stephanie Whitaker, Missouri Gov. Mike Parson's Office.

In addition to awarding winners in each of these categories, the winning photos were featured on Facebook for the People's Choice Award. The winner was selected based on the number of shares, comments and likes from June 24 through July 3.

A new award, called the First Family's Choice was selected by Gov. Parson and first lady Teresa Parson in honor of their roots in agriculture. The winning photos will be on display Aug. 8-18 throughout the Missouri State Fair in Sedalia in the Agriculture Building.