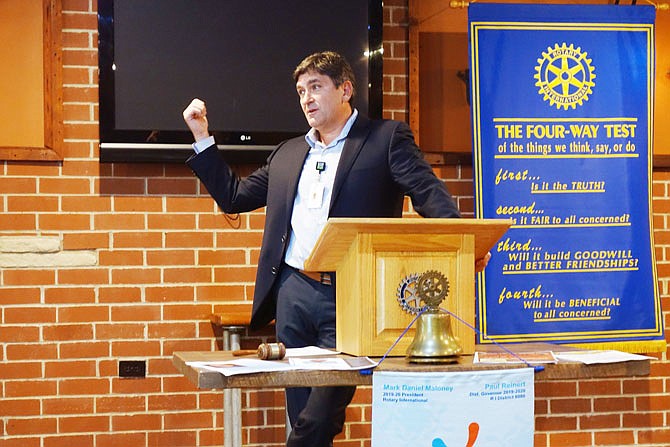 Fulton Medical Center is under new management - and may soon have a new name.

"Noble Health Corp assumed management this afternoon," Carter said Thursday. "We look forward to working with staff and the community to make it as vibrant as possible."

According to a news release from Beth Omecene Epperson, Noble Health director of marketing, the company plans to rebrand FMC as Noble Health Community Hospital.

"He got notified (today)," said George Ross, a marketing consultant and former senior marketing director for EmpowerHMS (the company which attempted to purchase and briefly ran FMC).

FMC is currently owned by NueHealth, a health care branch of venture capital from Nueterra Capital. NueHealth installed Reece as CEO in February.

Neither Reece nor NueHealth could be reached for comment Thursday evening.

Fulton Medical Center nearly shuttered in 2017 after University of Missouri Health Care sold its 35 percent stake in the operation back to NueHealth. NueHealth then contracted with EmpowerHMS, though, it never transferred its ownership. When EmpowerHMS's leadership became mired in a billing scandal, NueHealth dismissed the company in early 2019.

In October, Reece announced the hospital was in danger of closing once more, this time due to $3 million in accumulated debt owed to the IRS. He also cited other debts, including $500,000 in settlements to contractors with whom they've cut ties, a $4.3 million mortgage and a $1.5 million line of credit, Reece said.

But in early December, things seemed to be looking up. Ross told the Fulton Sun that Reece had paid off around half of the IRS debt, and the IRS would "work with" Reece and NueHealth on the terms of payment. Cost-saving measures included firing several respiratory therapists and cutting ties with expensive contractors.

Carter declined to specify how long the deal to take over management has been in the works but said the deal was struck "very recently."

"Nothing was official until we took over this afternoon," he said.

Noble Health Corp. is headquartered in Kansas City. Carter said it's a brand-new company founded within the last month.

"This is our first hospital that we're managing," he said. "All our focus is on Fulton. Noble Health's focus is on rural health care facilities, maximizing those to be a great asset for the communities that they're in."

According to the Noble Health news release, Carter is "a public policy advocate who worked with Senator Roy Blunt in Missouri and Washington, D.C., for more than 25 years." He said he grew up on a working farm and lives in southwest Missouri.

"Noble plans to introduce new services to Fulton in 2020 including physical therapy, infusion, dialysis, and other outpatient services," the release states. "Telemedicine will be implemented where appropriate for existing services and for innovative new services such as tele-dentistry, dermatology, and long-term chronic care."

When asked about FMC's IRS debt, Carter said it's under consideration.

"We need to do a full assessment of all the needs of the hospital," he said. "Our first priority is to listen to the employees, listen to the community's needs, so we can expand what we're offering in the way of medical services."