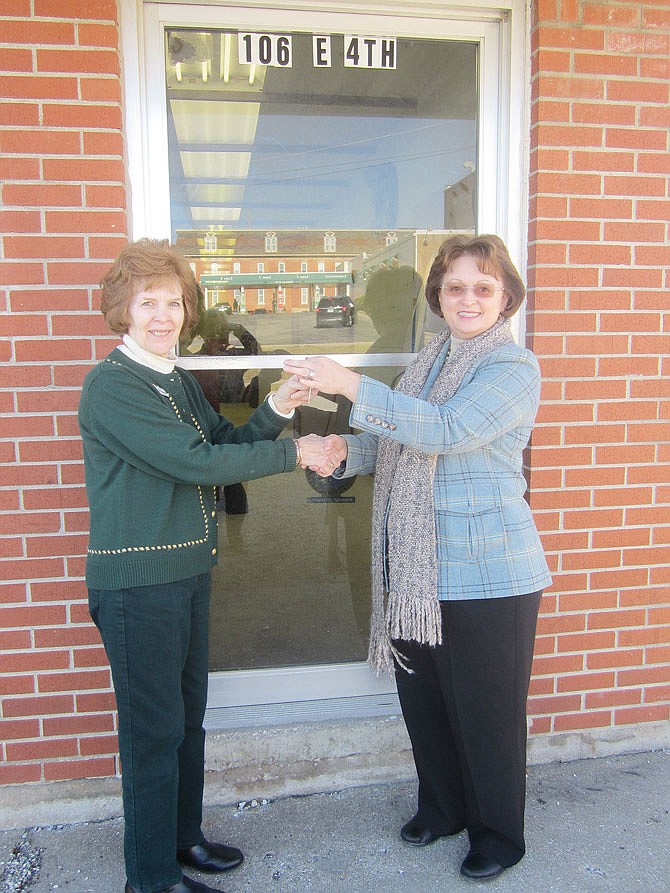 This week, the Kingdom of Callaway Historical Society received the keys to a second kingdom.

On Monday, the organization purchased the old Boyd & Boyd building at 106 E. Fourth St., from The Callaway Bank, thus adding a second location to its efforts to collect, preserve and share the history of Callaway County.

For more than four years, the KCHS board has been looking for property to accommodate additional archival storage and space for volunteer work and board meetings. Its current location at 513 Court St. will remain the museum and gift shop. The additional facility will focus on research, historic and family, and archival storage. The building erected in 1966 was used by Boyd & Boyd Abstract for nearly 40 years.

In its new life, the building will house even more county and local archives, be a site for genealogical research, and provide a meeting room for the board and committees. It will be a much-needed facility for the many "Callaway 200" projects being done by the Kingdom of Callaway Historical Society in preparation for 2020, the 200th anniversary of the establishment of Callaway County.

"This is a monumental time for us," KCHS president Susan Krumm said. "We were established in 1960 and moved into the Tuttle House on Seventh Street in 1973. In 1998, we took a great leap of faith and moved to our Court Street location.

She added the historical society now needs even more space.

"This second location is going to be just the right addition," Krumm added. "It will take a few months for us to get it ready, so we have much work ahead of us."

KCHS Treasurer Diane Burre Ludwig said the new building is an ongoing partnership with The Callaway Bank. The bank will provide interim financing, during which time KCHS will conduct a "60 for 60" campaign to raise $60,000 to complete payment of the building and in celebration of the upcoming 60th anniversary. The full "60 for 60" campaign will be rolled out in January.

"The Callaway Bank has been a long-time supporter of KCHS," said Kim Barnes, president and CEO of The Callaway Bank. "We share a common appreciation of our community's history and we greatly value the service KCHS provides within our community. Once it's lost, it's gone and cannot be recovered. But thanks to KCHS, we have a wealth of information and with the new research center, this information can be utilized by a greater audience. We're pleased to play a small part in making this project possible."