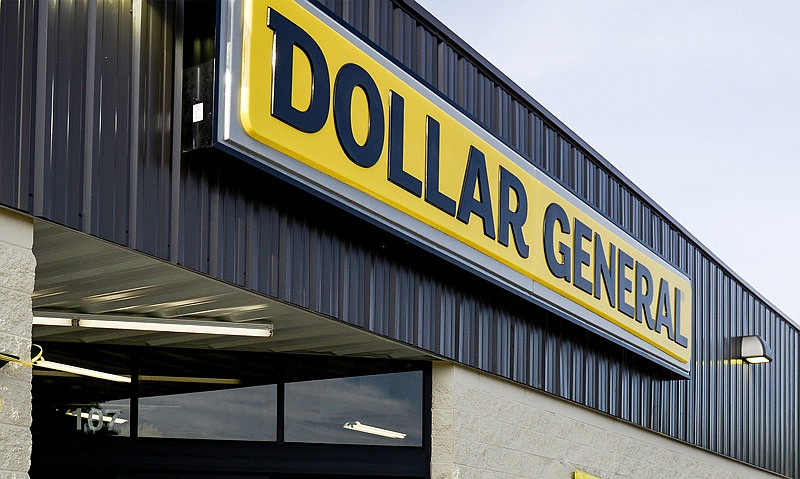 The Dollar General sign is seen on one of the company's stores in Mid-Missouri.

AUXVASSE, Mo. - Dollar General corporate officials are claiming underhanded tactics were behind the successful union vote at the Auxvasse store.

The effects of the union vote may be reaching employees at other area Dollar General stores, as well.

On Thursday, Dollar General filed objections to the vote with the St. Louis regional office of the National Labor Relations Board, according to a statement sent by Dollar General Corp. The company wants Regional Director Leonard Perez to overturn the results and order a new vote.

According to the statement, six Auxvasse employees voted on Dec. 8. Of the six, four voted in favor of letting United Food and Commercial Workers Local 655 represent them in bargaining with the corporation. This matches information from union spokesperson Collin Reischman, who stated Dec. 11 that Dollar General employees voted at a 2-1 ratio in favor.

However, Dollar General officials claim shortly after the six votes were counted, two of the four employees who voted "yes" told the company they wanted to change their votes. The employees have not been identified.

"These employees shared that they felt unduly pressured into casting their votes for the union and provided details regarding the manner in which they were either promised money for their vote or feared retaliation," Dollar General's statement reads.

He said no bribes or threats occurred.

"These are lies," he said Friday. "Dollar General is doing everything they can now to stand in the way of a free and fair election that was held."

By voting, he said, the employees exercised their legal rights.

"We will absolutely answer these charges with the facts because we have a legal and moral responsibility to protect hard-working men and women from these kinds of dirty tactics that are far too common in the American workplace," Reischman said in an emailed statement.

"I honestly thought Dollar General was better than this," he added Friday.

Margeorie Nation - who until recently was the store manager of the Glasgow Dollar General northwest of Columbia - said she was fired shortly after asking about the union vote during a company conference call and posting a link to an article about the vote.

The Glasgow store's current manager confirmed Nation had been employed at the location, but declined to comment about why Nation's employment ended. Dollar General officials did not immediately respond to a request for comment.

"I didn't post on behalf of Dollar General, and I made it clear I wasn't 'for' unions - I was just looking for opinions," Nation said Friday.

She said as the store manager, she was part of multiple conference calls with other store managers and higher-ups regarding Auxvasse store employees' move to unionize.

"During the (Dec. 10) call, I asked, 'What does the unionization of this store mean for our store and other employees?'" Nation said.

She said employees at her store were asking her the same questions.

There was another conference call Monday, she said. Then, two regional directors, including Janie Farris, showed up at the store. Nation said she was working alone at the time.

She said the two locked the front door and began questioning her about why her employees were so curious. Nation said she felt like she was being interrogated.

"Then they proceeded to state that when people are asking these types of questions, it's due to a lack of communication between management and their employees," Nation added.

She also said the Glasgow employees are like her family. She's been the store manager there since the location opened earlier this year; previously, she was store manager for the Fayette location. She lives in Fulton and had to drive more than an hour each way to work.

Early on Dec. 12, Nation posted a link to an article about the vote on her personal Facebook page. In the comments, she clarified she was seeking opinions.

"They can't fire me for asking a question," she said in one comment.

The next morning, Nation was fired.

"(Farris), a person from HR and a third individual approached," she said. "They let me finish opening my store and proceeded to take me into the office and told me my employment with Dollar General is being terminated."

Nation said she was told she violated the company's social media policy by posting confidential information about the company. She doesn't know how any of her posts could be construed that way.

"While we do not discuss personnel matters publicly out of respect for the privacy of individuals, it is unfortunate that Ms. Nation has decided to suggest that her departure was unfair or she was mistreated in any way," said Crystal Ghassemi, a public relations person for Dollar General Corp. "That is simply not true."

Nation said she spoke to an employment lawyer and has found a temporary job.

"I'm still looking for employment," Nation said. "I have four babies to take care of."

She doesn't think her future lies with Dollar General.

"As much as I love my job and I love my customers, I don't know if I want to go back to work for them," she said. "If I did, I feel like I'd be under a microscope."