Golfer aims to play, review every course in the state 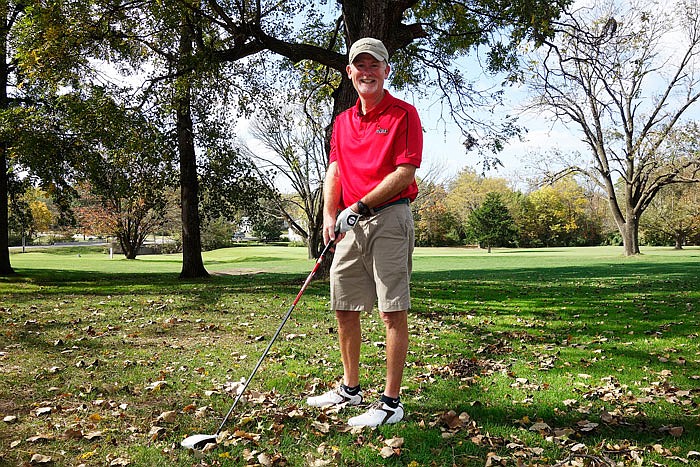 Mark Schopp is off and running on his first retirement project: Visiting every golf course in the state of Missouri and creating a website reviewing them.

A combination of two loves - Missouri and golfing - has most of retired businessman Mark Schupp's days filled for the next couple of years.

He's visiting each of the state's approximately 375 golf courses, playing them with a camera and a clipboard and reviewing them on his website, MOGolftour.com.

"I wanted to provide a resource for golfers around the state and the country," he said Tuesday, sitting on the front porch of the Fulton Country Club. "I started at the end of last year."

Schupp has played about 150 golf courses, public and private, and said there's only a few more weeks to play before the autumn leaves fall and photographs won't be as spectacular.

Sometimes Schupp plays alone, and sometimes he plays with friends. Born in Kansas City, he's lived in St. Louis for 36 years with his wife, state Sen. Jill Schupp, who doesn't golf with him, he said.

Schupp said his father taught him golf when he was 10 years old.

"From the time I first struck the ball until now, I've been very passionate about the sport," he said. "It's something you can do with friends, by yourself. You can do it while you're doing business, but that's not the primary reason I golf. I just love it."

Schupp, 60, sold his business in 2014. His career was in advertising and marketing, representing clients such as Red Lobster and Anheuser-Busch. He formed his own agency in 1993, the Schupp Company, and added many clients to his roster, including the St. Louis Blues and St. Louis Cardinals.

He also works with select companies and charities to produce commercials and videos. Schupp created and produced anti-heroin TV commercials for the National Council on Drug Abuse and Alcoholism, which appeared in the St. Louis-area broadcast of the Super Bowl.

Schupp has traveled the world and played golf around the way, but he said he has a deep fondness for his home state.

"I love Missouri," he said. "I want to visit every country road and highway and every nook and cranny in the state. I have been around the world, but not every place in Missouri."

"It's a sand green golf course," he said. "That course is still around."

He mentioned courses in Columbia and Jefferson City he liked, and one near Hartsburg, also.

"My favorite so far is Buffalo Ridge Springs down in Branson," he said.

While playing, Schupp carries a clipboard where he rates the course on 20 criteria, as well as taking photographs and noting other perceptions.

"Every course has different tees and slope ratings," he added. "I write a review and rate them from one to five golf balls."

His reviews can be found on his website, which he designed and programs personally.

"People have asked me about a book," Schupp said. "Some of my reviews are amusing."

He will take a break this winter and hit the links again in the spring when the trees leaf out again.

It would be fair to say Schupp's golf course project is a mission, he said.

"Golf is actually a reasonable exercise," he said. "I have friends in St. Louis who play with me. One of them wants to retire and go along with me."

Schupp also has a Facebook page, MOGolfTour, where people can keep up with his adventures.

"I play really fast," he said, laughing. "If I'm playing 18 holes and no one is in front of me, and I'm taking pictures and writing, I can play it in two hours."