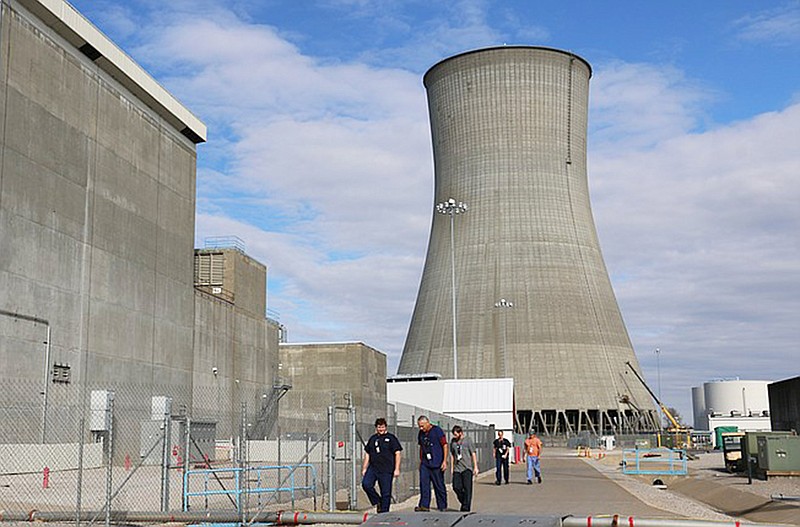 Despite pending contentions, the U.S. Nuclear Regulatory Commission (NRC) renewed the operating license for Ameren Missouri's Callaway Energy Center (CEC), which generates electricity for about 20 percent of Ameren's 1.2 million customers in the state. The NRC's renewal, effective Friday, authorizes the nuclear facility to operate for an additional 20 years - through October 2044.

The Callaway plant had initially expected to hear a decision regarding its license renewal request in December. However, contentions filed by the Missouri Coalition for the Environment (MCE) put the decision on hold. That December request to reopen the hearing and file an environmental contention is still pending before the commission, according to Dave McIntyre with the NRC.

Ed Smith, MCE's safe energy director, said that should the commission's final ruling on the group's contentions allow the plant to continue operating under its new license extension, MCE will appeal the decision.

If the renewed license is set aside on appeal, the Callaway plant would revert back to its original operating license.

While the new operating license doesn't change how the plant operates today, Sarah Kovaleski, CEC director of engineering design, said the CEC has made commitments to the NRC to do extra monitoring as the plant ages over time. Kovaleski described the monitoring at the plant as proactive, and said it includes the plant increasing the number of inspections it performs.

"Over the next 30 years, there are things that will be different than what we do today. But there aren't any changes that go in effect today," Kovaleski said.

MCE, according to its petition to intervene, wants the CEC to continue operating under its original license, which was set to expire in 2024, until the U.S. Court of Appeals makes a ruling on a recent lawsuit that questions the "legal adequacy" of the NRC's recently revised and renamed Continued Storage of Spent Nuclear Fuel Rule.

The rule, which addresses how spent nuclear fuel is stored, became effective in October. Prior to October, the NRC was on a two-year long hiatus from issuing new licenses as well as license renewals to nuclear facilities across the country. New York, Connecticut and Vermont are leading that challenge to the NRC's revised rule in the court of appeals.

MCE joined their lawsuit in the fall. Smith said he expects the court to have a decision regarding that suit by the end of this summer. MCE, he said, believes the NRC should wait to issue licenses and license extensions until after the court makes a ruling on the revised continued storage rule. Furthermore, since the CEC's original operating license doesn't expire for another decade, Smith said he doesn't see a rush to renew it now, before the court makes a final ruling.

"We just wanted to make sure that we had plenty of time to make sure that those reviews included everything that they needed to and allowed enough time to address any of the questions that the NRC might have," Kovaleski said.

Smith previously told the Fulton Sun that MCE's contention was, "filed as a placeholder." He emphasized the environmental group was not seeking for the NRC to deny the nuclear plant's request for an operating license extension, only to wait to issue it.

According to NRC documents, NRC staff has argued that the environmental group's request to intervene in the Callaway plant's license renewal should be denied. In NRC staff's answer to MCE's December petition, it stated that "MCE's petition to intervene impermissibly challenges a Commission rule and thus raises an issue beyond the scope of this proceeding (the Callaway nuclear facility's license renewal)." Smith previously told the Fulton Sun that MCE believes their contention is within the scope since the NRC's rules regarding storage of nuclear waste affects all nuclear plants.

NRC Commission Chairman Stephen Burns was not available for comment Friday. McIntyre, NRC spokesman, said that since the CEC's license renewal is "still an adjudicatory issue with contentions before the Commission, it would be inappropriate for him (Burns) to comment."

Kovaleski said the CEC is pleased with the NRC's decision.

"We are very committed to the safe, long-term operations of Callaway," Kovaleski said.