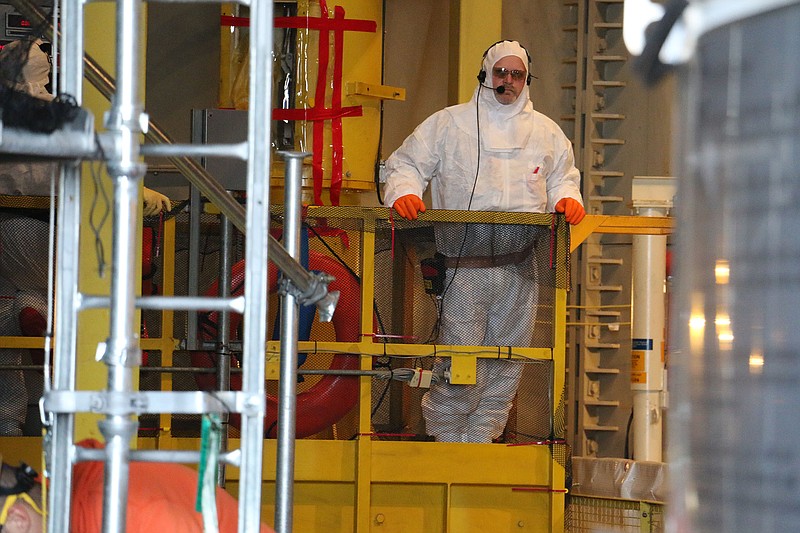 Ameren Missouri's Callaway Energy Center is back in service after finishing its 20th planned refueling and maintenance outage. The nuclear plant, which generates about 20 percent of the electricity for Ameren Missouri's 1.2 million customers, started its most recent and largest planned outage on Oct. 11.

The plant has planned outages for refueling and maintenance every 18 months. During this outage, the plant replaced its original reactor vessel head that was installed when the plant first went online in 1984. The new reactor vessel head - a $150 million piece of equipment - will allow the plant to continue to operate safely, according to an Ameren Missouri press release.

The Callaway Energy Center has been recognized as one of the safest and highest performing non-carbon producing plants in the country, according to the press release.

Senior Director of Nuclear Operations Barry Cox previously told the Fulton Sun that the new reactor vessel head is a key component to extending the life of the Callaway plant. The Callaway Energy Center, which turns 30 in December, is currently waiting to hear the Nuclear Regulatory Commission's decision on its license renewal application.

The nuclear facility's current license expires in 2024. A license renewal would extend the plant's license to 2044.

The plant's license renewal application has a technical portion that required the plant had to evaluate all of its equipment to determine how the equipment would age over time. They also had to ensure that programs are in place at the facility to monitor the equipment's aging.

Also during this most recent outage, the nuclear facility replaced 84 of its 193 fuel assemblies in the reactor core - located in the dome-shaped building on the plant's property.

Each assembly, an 8.5-inch bundle of 12-foot long metal tubes, contains ceramic pellets of uranium dioxide fuel. Cox said the fuel assemblies are kept under about 28 feet of water while they are being replaced. The water helps keep the assemblies cool and adds extra protection for the personnel working to replace them.

The plant's 800 employees had the help of more than 1,100 additional workers during this outage.