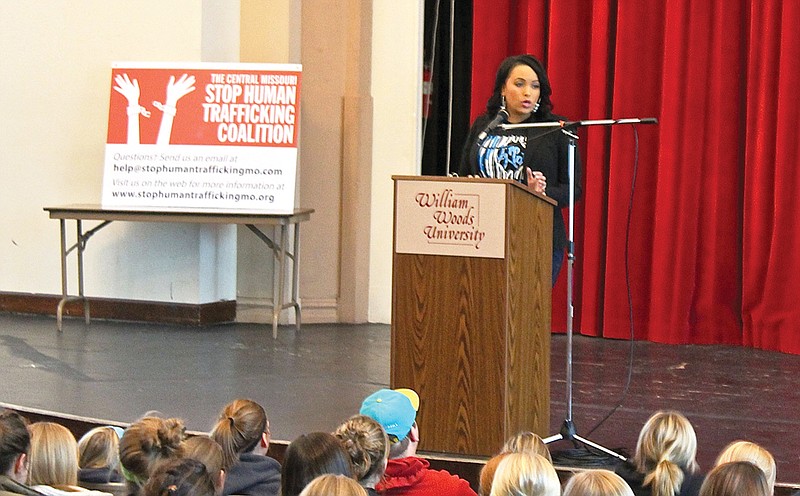 Sula Skiles shares her story about how she was trafficked and how she escaped. She now utilizes her story of survival to empower others and give people hope.

But Monday night, Skiles shared hers at William Woods University in front of an auditorium packed with more than 200 students and community members.

The event was hosted by the WWU communications senior seminar class as part of its capstone project. Nanette Ward of the Central Missouri Stop Human Trafficking Coalition provided assistance and introduced Skiles during the presentation.

"Sula was fantastic," said Murphy McSemek, a communications and equestrian science major and part of the class that sponsored the event. "She captured the huge audience's attention from beginning to end. She did a wonderful job at passing on the importance of the human trafficking issue.

"We were incredibly grateful to have her. I think the students were really able to relate to her, which made her message even more real for them."

At 20, Skiles received what seemed like an incredible opportunity: A ticket to do modeling work overseas. At first, it seemed like her big break. But what she didn't pay attention to at the time was that the ticket was one-way.