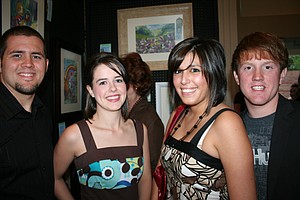 Alyssa Bustamante's prescription for Prozac may have helped lead her to killing Elizabeth Olten, 9, a consulting psychiatrist testified Monday afternoon.

The teen pleaded guilty to second-degree murder on Jan. 10.

Bustamante could receive up to life in prison, with the possibility of parole.

Dr. Edwin Johnstone, retained as a consultant by Bustamante's public defenders, told Joyce that Prozac and several similar drugs were developed in the early 1980s, then introduced to the medical profession later in the decade.

But, after helping Eli Lilly - Prozac's maker - teach doctors about the drug and its uses, as well as prescribing it to his own patients, Johnstone testified he began finding "a number of reasons it needed to be prescribed in a very careful way."

Some of those came from "severe adverse effect" reports other doctors were filing with the federal Food and Drug Administration and with Lilly.

"They were showing an abundance of suicides and violent events, including homicides," he testified - especially when prescribed to younger patients.

Johnstone also testified that Bustamante received several different dosages of the drug over a two-year period - including an increase to a higher dosage than ever before, only two weeks before the murder.

Prosecutor Mark Richardson noted the FDA never has determined that Prozac cause people to kill.

The journal that Alyssa Bustamante kept was the focus of much of the first day of testimony during the sentencing hearing Monday for the October 2009 killing of 9-year-old Elizabeth Olten.

Bustamante, now 18, pleaded guilty Jan. 10 to second-degree murder for the Oct. 21, 2009, killing. Two days of hearings have been scheduled before Cole County Ciruit Judge Patricia Joyce imposes a sentence, which could be up to life in prison with a possibility of parole.

Don Lock, a forensic consultant, was called by Cole County Prosecutor Mark Richardson to talk about his findings when examining Alyssa's journal.

Lock said he had been asked to determine whether it was Alyssa who wrote in the journal and to also try and see if he could determine what was under some obliterated text on the last entry of the diary, Oct. 21, 2009, the day Elizabeth was murdered near her home in St. Martins.

Lock said his findings concluded that it was Alyssa who did write the journal.

Using an ultraviolet light and camera, Lock said he was able to see what was under the obliterated portion.

"I just "f--king" killed someone," Lock said was written in that portion. "I stabbed them. I slit their throat. I strangled them. It was ahmazing."

Prior to this testimony, Elizabeth's family members gave statments about what Elizabeth meant to them and how they hoped Cole County Presiding Judge Pat Joyce would give Bustamante the maximum sentence.

Patty Preiss, Elizabeth's mother, wept on the stand, while looking at pictures of her daughter and talking about how she would never get to enjoy graduating school, or get married or have children of her own.

"From what she has written, stabbing my little girl eight times, she is not a child, she is a monster," Preiss said.

Testimony was expected to continue through the afternoon Monday and again on Tuesday.