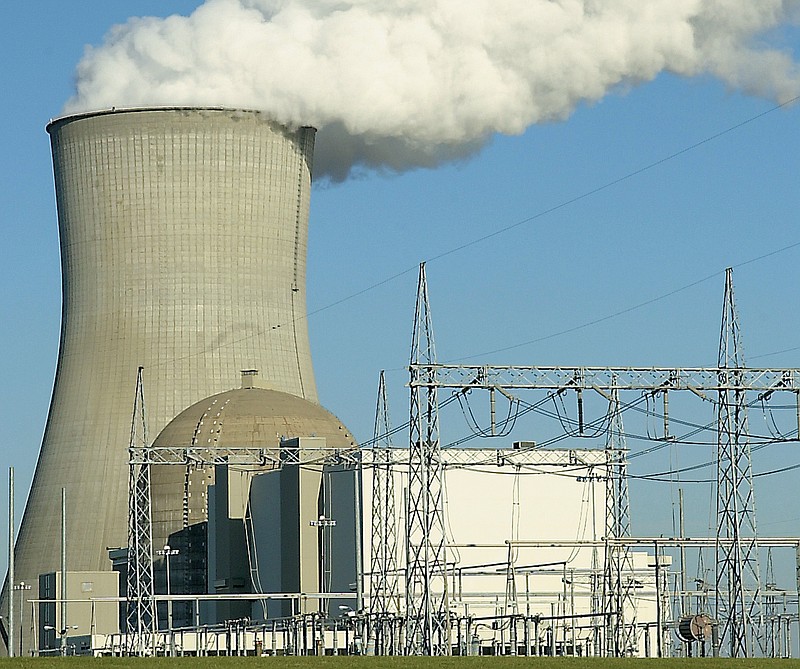 Rep. Jeanie Riddle, R-Mokane, said Monday she is delighted Missouri's utilities have banded together to help seek a site permit for a second reactor at the Callaway Nuclear Power Plant.

"I have been working since I was elected for the first time two years ago to expand the Callaway Nuclear Plant. That's what I told people with seeking re-election," Riddle said.

The newest proposal includes not only Ameren Missouri but also numerous other utilities around the state. The group includes many electric cooperatives, unions and business groups that have banded together along with the governor to support a second reactor site permit for the Callaway Nuclear Power Plant.

The Callaway Nuclear Power Plant is the only nuclear power plant in Missouri. With cap and trade legislation and tough new environmental regulations looming over coal fired power plants, utilities around the state have been scrambling to become involved in nuclear power.

The costs associated with securing the permit also must be approved by the Missouri Public Service Commission, which regulates utility rates.

Mike Cleary, a Missouri Ameren spokesman, said so far there is no agreement for joint ownership of the second nuclear reactor but there is joint support from utilities, unions and business groups to support a site permit. Any joint ownership would be something to work out later.

The latest proposal doesn't go as far as the proposal two years ago when legislators were asked to allow Ameren to recover costs associated with financing the plant before construction was completed.

The newest proposal relates only to recovering costs associated with securing a site permit to build a second nuclear reactor at the Callaway Nuclear Power Plant.

Cleary said it could take up to four years go secure a site permit and then it would be necessary to secure a license to build a specific type of nuclear reactor. He said the site permit only relates to the acceptability of the site for a second reactor.

Cleary said it is too early to comment on the specific legislation to be offered in the next session of the Missouri General Assembly because he does not know what it will contain. He said it costs about $40 million more to obtain a site permit.

Cleary said at this point a decision to build a second nuclear reactor has not yet been made but obtaining a site permit is necessary before a construction decision can be made.

The entire process for a second reactor - including a site permit, license for a reactor, construction and operating permit - can take from 13 to 15 years.

Riddle said she is encouraged because the lengthy process toward a second nuclear reactor at Callaway is moving forward again.

"I'm also pleased that all of the energy providers in the state are speaking with one voice and that we need to proceed forward with nuclear power," Riddle said.